How to capture stunning pet eyes

Yes, it does sound cliché, but the eyes are the windows to the soul. Dogs have all the emotions human beings have and, among other indicators, they express these through their eyes. As my pictures are very much focussed on emotions, and character, there are quite a few things regarding the eyes that I try to capture to get a picture that creates a feeling of compassion and intimacy with my subject.

Usually, we first look at the eyes of the subject of a picture. These should be in focus. If anything else than the eyes is in focus, this “anything else“ should be extremely interesting.  Otherwise, we will probably keep coming back to the eyes and when we find them out of focus, this can be very frustrating.

We are dealing with animals here, which have their own mind. We can’t tell them to stop moving. As I often work with a large aperture (e.g. f/2 or f/2.8) and longer focal lengths (e.g. 100mm) outdoors, which provides for a narrow depth of field, even for portraits I use the continuous focussing method, to make sure the autofocus keeps tracking slight movements of my subject’s head. I use the single point focussing method and keep my focussing point on the dog’s eyeball all the time.

For portraits I use a shutter speed of at least 1/200s to make sure the pictures are not blurred due to camera shake.

For action shots I use a shutter speed of at least 1/1250s to make sure there’s no motion blur.

This might sound obvious, but eye discharge should not be part of a pet portrait. I usually wipe away any eye boogers or dirt of any kind beforehand. But, of course, this can also be removed in Photoshop. Watery eyes can look very sad and unhealthy. Some breeds often have watery eyes. In this case I don’t want to annoy the dog too much and put that little extra work in by editing in Photoshop. The only time I would leave eye discharge in the picture is when I photograph stray dogs, as in this case I shoot in a reportage-style and it’s part of the story.

(Picture: This image shows a little stray puppy in Morocco. The image is part of my reportage “The stray dogs of Agadir”- click here to read the story. For a series like this I  not only leave the eye discharge but even the fag butt in the picture as they are all part of the story.)

First of all, the eyes should be well lit. Always try to capture catchlights in the eyes, if you are not going for a dark, moody, scary  “hound of Baskerville“ kind of shot. Catchlights make the portrait come to life.

Outdoors the sky will provide for highlights in the eyes. But if the dog’s gaze is directed downwards you might lose these, which doesn’t make for a lively picture. In this case, try to make sure the dog’s face is faced in a higher position that allows catchlights in the eyes.

Make sure the catchlights are not too low in the eyes. Natural light sources, like the sun, are typically in an angle from above. Therefore, make sure your main light source is also above your subject. If you use a reflector to reflect some light to brighten the shadows under the dog’s chin, you might get a reflection of the reflector in the eyes. This is ok as long as these reflections are not the only catchlights.

In the studio I love to use an umbrella or octabox as the light former for the main light as these result in rounder and thus more natural looking and pleasant catchlights.

Outdoors the sky will provide for highlights in the eyes. But if the dog’s gaze is directed downwards you might lose these, which doesn’t make for a lively picture. In this case, try to make sure the dog’s face is faced in a higher position that allows catchlights in the eyes. On a dark and gloomy day it might even be advisable to work with a flash to go for a fill light that provides the catchlights.

Consider letting the dog facing towards an open space. That way the highlights look quite even and not cluttered by the shadows of trees and buildings. 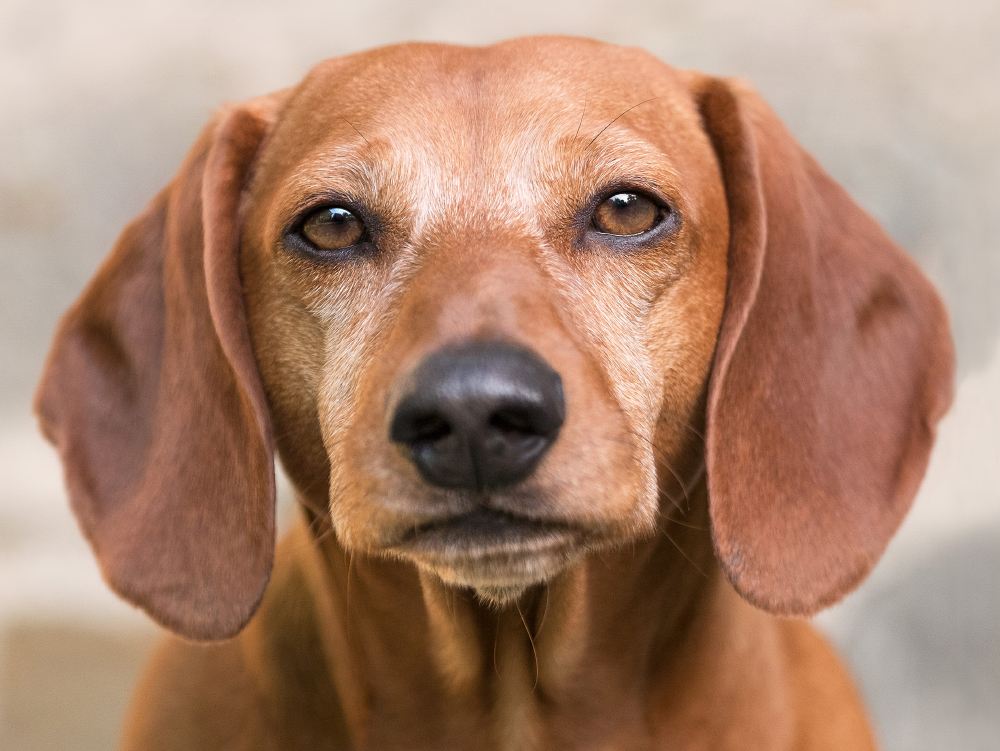 The eyes regulate the amount of light entering by controlling the size of the pupils. Therefore, the pupils dilate in the dark but constrict  in light. When we work with natural light only, we have no influence on the eye pupil size. When we work with artificial light the intensity of our continuous light, like the modeling light, leads to the pupils being wide open (to adjust to dim light) or smaller (when your modeling light is very bright). This study of pupil size is known as “pupillometry“ and is used to investigate psychological phenomena. But I leave that to the experts and just keep in mind some things I find interesting or use for my pictures. A small pupil size often makes the dog looks alert and focussed, while a large pupil size gives the dog puppy like characteristics and in some cases might make the dog look a bit drunk or perplexed. Personally, I try to achieve a smaller to medium-sized pupil to make sure the iris is presented in all it’s glory and the dog looks awake, focussed, interested.

(In the left picture the ambient light was very dim, therefore, her pupils are very large, which looks friendly, but personally I prefer a medium pupil size like the one on the right.)

The eyes of old dogs might contain cataracts, which is a clouding of the pupil. The pupil looks whitish/greyish. Due to the high light intensity of flashes these cataracts might be exaggerated when shooting with flash. I wouldn’t try to “heal“ cataracts in Photoshop entirely, as in my opinion, these are part of the dog and I’m not too fond of beauty retouching for dogs. But when the cataracts are more obvious in the picture then they are in real live, I tone them down by dodging.

(From left to right: original – final version with slight edit – eyes edited too heavily (in my opinion); with 17 Leon is one of the oldest dogs I ever had in my studio. I’m a fan of trying to keep it as natural as possible, therefore, I would never try to remove any signs of age completely)

Usually, the dog doesn’t have any reason to look directly into the lens. It’s just a black hole. When we have our head behind the camera, we can use sounds to get the dog’s attention. This is the most efficient way to achieve a direct gaze into the camera as we can make sounds with our mouth, which is directly behind the camera. A direct gaze into the camera is easier achieved with a tele lens (i.e. from 50mm on) than with a wider focal length, as the angle of the eyes to the camera is far wider when we are nearer to the dog and shoot with a wide-angle lens.

Puppies often find anything interesting. Here it might be enough to whisper. For an older dog you might have to find a more interesting sound. Some dogs are very cool and not easily surprised. For these I have come up with very crazy sounds. Sometimes you have to be willing to make a fool out of yourself.

(In the left picture I got Kiboyo’s attention by making weird sounds. I also used a tele lens. He looks directly into the camera. On the right picture I used a wide-angle lens sitting near to the dog and holding a treat to entertain him, which resulted in him looking somewhere next to the camera where I had the next treat.)

I can’t repeat this often enough: Go down to eye-level with your subject( or maybe even below eye-level). This perspective is very intimate and engaging. The viewer is able to connect to the subject emotionally due to the direct eye contact and being on the same level. A tiltable display can be a huge benefit here. Since I switched to a mirrorless system (Fujfilm x) I thoroughly enjoy using the tiltable display and not having to lie on the ground. In this case you should make sure your dog actually does look into the camera. Hold a treat very near to your lens or set off a squeaker behind your camera.

I often place one eye (the one nearest to the camera or the one that’s between the tail and the “outer” eye) on the centre line of the image. In this way you make sure that the dog always seems to look at you from whichever angle you look at the picture.

(Here the dog looks at you no matter the angle to the picture, which is a real eye-catcher for a print on the wall.)

I always try to have my exposure and composition right in camera. I use Lightroom to add a bit of saturation and contrast to the whole of the picture, as the RAW files are quite dull in contrast and saturation. Furthermore, I  slightly darken the pupil and brighten the catchlights, but only very subtle.  Personally, I find it quite irritating and unnatural when the eyes of a pet are edited “too much“ in post processing. And sometimes already subtle changes can have a major impact. When the eye color starts to change due to the editing (e.g. from brown to slightly orange), that’s definitely a sign of too much editing.

Of course, as everything in art, the topics discussed here are a matter of personal preference and taste and open for debate. 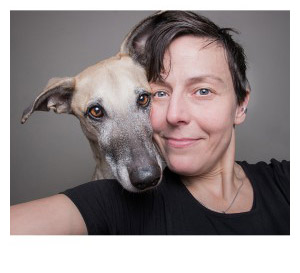 If you want to know more about us, you can read our story: "Our Story"